The Evolution of Telecommunication: From 1G to 5G

The Evolution of Telecommunication: From 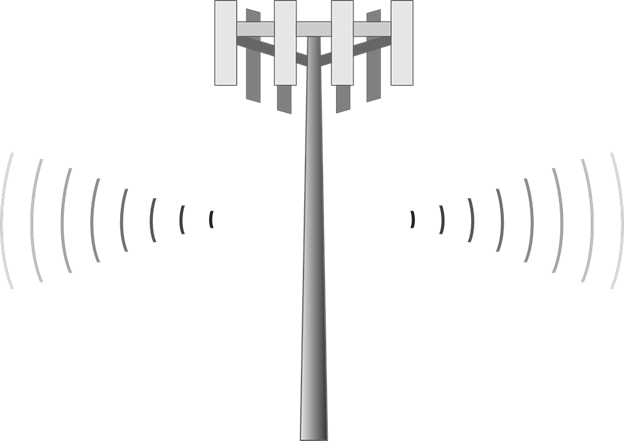 One of the key technologies in advancing development has been telecommunication and connectivity. Without these means of data transfer and connection, we would likely still be living in a time when technology wasn’t as sophisticated as it is now.

Since the first-generation mobile network was launched in the 1980s, wireless communication systems have been through different stages of advancement, starting with 1G and extending up to 4G and 5G in the present and near future.

There have been improvements in data-carrying capacity and latency with each new generation of wireless protocols, denoted by the letter “G,” and 5G will be no different. Although official 5G standards have not yet been established, 5G is anticipated to be at least three times faster than 4G standards currently in use.

What has changed, and what are the main principles that guide the development of these wireless technologies? Let’s have a detailed look at how this evolution took place and what lies in the future.

First-generation wireless telephone technology, or 1G, was used in cell phones released in 1980. These were analog cell phones. All of the technologies supported handover and roaming. However, international cellular network interoperability was not possible, which is the fundamental problem with first-generation mobile networks.

Nippon Telegraph & Telephone was the first to make 1G available to the residents of Tokyo in 1979. Ameritech launched 1G in the U.S. in March 1983. In the mid-1980s, Canada launched 1G in the country. Although the first prototype of the cellphone was created in 1973, or ten years before 1G was offered in North America, Motorola didn’t release the DynaTAC until 1983.

Motorola DynaTAC, known as “The Brick,” was introduced with a huge price tag of $3995. Despite being a cumbersome, bulky, and unpleasant phone in terms of usage, the sales of DynaTAC exceeded expectations. Ameritech sold several Motorola phones – around 1,200. By 1998, almost two-third portion of Motorola’s sales came from telephones and related services.

1G was not up to par regarding today’s standards. The poor sound quality made it impossible to listen to someone using 1G. The coverage was poor, with a lot of background cracking and static sounds.

Additionally, roaming support wasn’t provided. Due to the lack of encryption with 1G, calls may be eavesdropped on by anyone using a radio scanner. Additionally, the speed of downloading was exceedingly poor, at only 2.4 kbps.

Finland introduced 2G in 1991 on the GSM following 1 G’s success. 2 G systems use digital mobile access technologies like TDMA and CDMA. While CDMA assigns each user a unique code to communicate over a physical multiplex channel, TDMA divides the signal into time slots.

The advent of 2G brought significant improvements, such as safe and secure encrypted calls. Even if text messages are encrypted in 2G, only the intended receiver will get the data or message and will read it.

The sound quality of 2G was also improved with less cracking and static during the call. The download speed on average for 2G was also substantially faster than 1G at 0.2 Mbps.

Data bits could be transferred between phones over 2G, giving media material access to cellphones like ringtones. Because data could easily be transferred, 2G offered several fundamental smartphone features.

That wasn’t, however, the most cutting-edge advantage of this feature. In reality, the introduction of SMS and MMS as novel modes of communication by 2 G’s data transfer drastically altered how we communicate. MMS and SMS are delivered from your mobile to a telecom tower and then to your friend’s phone.

Candy bar cellphones also became more widespread in the 2G period, with Nokia being at the forefront in manufacturing well-liked mobiles.

The 2G network prompted a huge increase in the sales of cell phones among consumers and businesses as downloading, messaging, and phone calls gained popularity. However, the need for data grew exponentially as more people started using cell phones.

3G is based on a plan developed by the International Telecommunication Union (ITU) to create a global frequency band in the 2000 MHZ region, which supports a single, universal wireless communication standard for all nations worldwide. This protocol was called International Mobile Telephone 2000 (IMT- 2000) Standard.

With average speeds of 2 Mbps, 3G offered four times the data transmission potential of 2G. As a result of this development, video conferences, live video chat, and streaming video were all made possible.

The mobile internet and music streaming capabilities of 3G

—which at the time only supported basic HTML pages

—were truly revolutionary. Even though 2G offered the same functionality, its download speeds lagged those of 3G.

With the continuity of 3G, network upgrades raised support and speeds. Today’s download speeds are almost 6 Mbps, just in Canada.

New smartphones were introduced with 3G support. Flip and candy-bar phones started to decline in popularity as the 3G smartphones gained traction. With the help of 3G, consumers could use their mobiles to browse the internet, make calls, send texts, and enjoy music. Apple and Blackberry were the two main smartphone rivals at the time.

In 2002, BlackBerry 5810, the company’s first mobile smartphone, was released. The first iPhone didn’t launch until 2007, yet it quickly became the industry standard for smartphones and cell phones.

A better method of encoding and encryption was utilized to convey data, improving data security. With the better frequency and encoding technology, 3G devices shrunk in size, and their battery life increased. The market for mobile phones then saw a rise in smartphones. As a result, customers began to purchase phones with additional features of a higher caliber.

Due to unfulfilled minimum standard requirements, 4G technology was unable to be publicly announced as such in 2008 as it had just begun to roll out. However, when wireless telecommunications technology advanced, the necessary conditions for 4G technology were met, and as a result, authorities decided to label the currently available new technology 4G technology.

4G filled the void for more secure data transfer. For 4G compliance, all IP packet switch network domains are employed, meaning that every transmission is based on the Internet Protocol. Data is given top priority in this situation.

In late 2009, the 4G network was launched for commercial usage in Norway, offering the services that are available to users today. The starting speed of the network was 12.5 Mbps, which allowed video

streaming, chatting, and online gaming. Mobile handsets needed a particular design to support 4G instead of just a SIM card in 2G

Nevertheless, 4G wasn’t always referred to as 4G when it first appeared. Initially, it was impossible to meet the minimum 4G speeds as stated by the ITU-R. Because IT businesses were spending so much money to achieve this goal, the ITU-R declared that LTE could be designated as 4G, but only when it greatly improved over 3G. In other words, when 4G originally launched, you could access 3.9 or 3.95 G., But that’s not a problem now.

Rogers helped launch Canada’s initial LTE wireless network in Ontario by the middle of 2011. With speeds of 12.5 Mbps, the release was designated as 4G LTE. However, speeds have increased greatly since then. The average 4G download speed in Canada in 2020 was almost 55.5 Mbps.

The Galaxy S4 by Samsung and iPhone 6 were the two most popular smartphones during the dominance of 4G, each selling 22.4 million and 80 million devices globally, respectively.

4G has surpassed its data transfer speed limit ever since its introduction in 2009. The world needed a speedier network since new technologies were being launched so quickly. This is where 5G came in.

5G was initially launched in South Korea in 2019. Telecom carriers in the region, such as LG Uplus, SK Telecom, and KT, all pioneered the launch of 5G. Major Canadian cities already have 5G available.

Some experts say that the speed of 5G can be almost 20 times better than 4G. On average, Canada’s 5G download speed is almost 169.46 Mbps.

The bandwidth size and latency between both networks are two more significant differences. The incredible reduction in 5G latency leads to quicker uploading and downloading. In contrast to 5G, which is anticipated to have 10 milliseconds average latency, 4G’s average latency is about 50 milliseconds.

The next digital revolution will be fueled by 5 G’s unprecedented network capabilities, even if it hasn’t yet been widely deployed. Because 5G is fast, focusing solely on mobile usage is constrained. The cellular wireless technology of the future will improve connectivity between machines, ushering in a novel and innovative automated society. Over the next three years, IoT, cloud computing, and AI will advance dramatically.

NASA participated in establishing Machine-to-Machine Intelligence (M2Mi) Corp in 2008 to promote the development of IoT, M2M, and the supporting 5G technologies. South Korea introduced an R&D program for 5G, and New York University established the NYU WIRELESS focused on 5G in 2012

Everything from finance to healthcare was predicted to change due to 5 G’s better connection. 5G opens the door to technological advancements like telemedicine, remote vital sign monitoring, and even remote procedures that could save lives.

plans in real time via the 5G network. Robots could soon prowl over farmer’s fields, checking on the health of the crops and harvesting food.

Additionally, the download speeds are much faster. The advent of 5G is undoubtedly a game-changer that will transform not just one industry but also how we function and work. It will alter practically every area of our existence, including how we commute to work each morning, how we produce our food, and even how we vote for our favorite sports teams.

Just like 1G transformed our lives many years ago, 5G will fundamentally alter them in ways that we haven’t even begun to imagine.

Without mobile phones and other hand-held technology like tablets, smartphones, phablets, etc., we can’t imagine a world. The fastest telecommunication network is 4G; however, 5G will change the dynamics entirely.

5G is currently experiencing issues that are affecting its wide-scale deployment. One of the major problems is the need for a high density of base stations, which warrants a huge investment in the infrastructure. Moreover, 5G networks must be capable of supporting new applications, including AI and VR. These applications put more demands on the network, creating delays and congestion. Thus, operators are under immense pressure to improve the capacity of the networks and deliver the expected user experience.

Another challenge with 5G is providing the required bandwidth to users with devices capable of transferring data at higher rates. Using a frequency of over six gigahertz makes it possible. However, higher frequencies create problems because their range is short, which means multiple small cells must be deployed to cover an area. Moreover, buildings, trees, and other objects obstruct signals. Major operators are currently working to address the problems with 5G. However, it is taking a lot of time to resolve the issues that weren’t seen before with 4G and previous networking protocols. 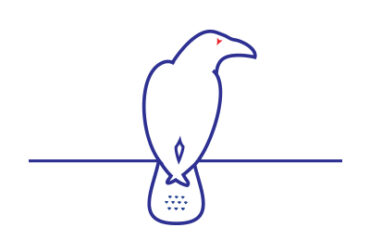